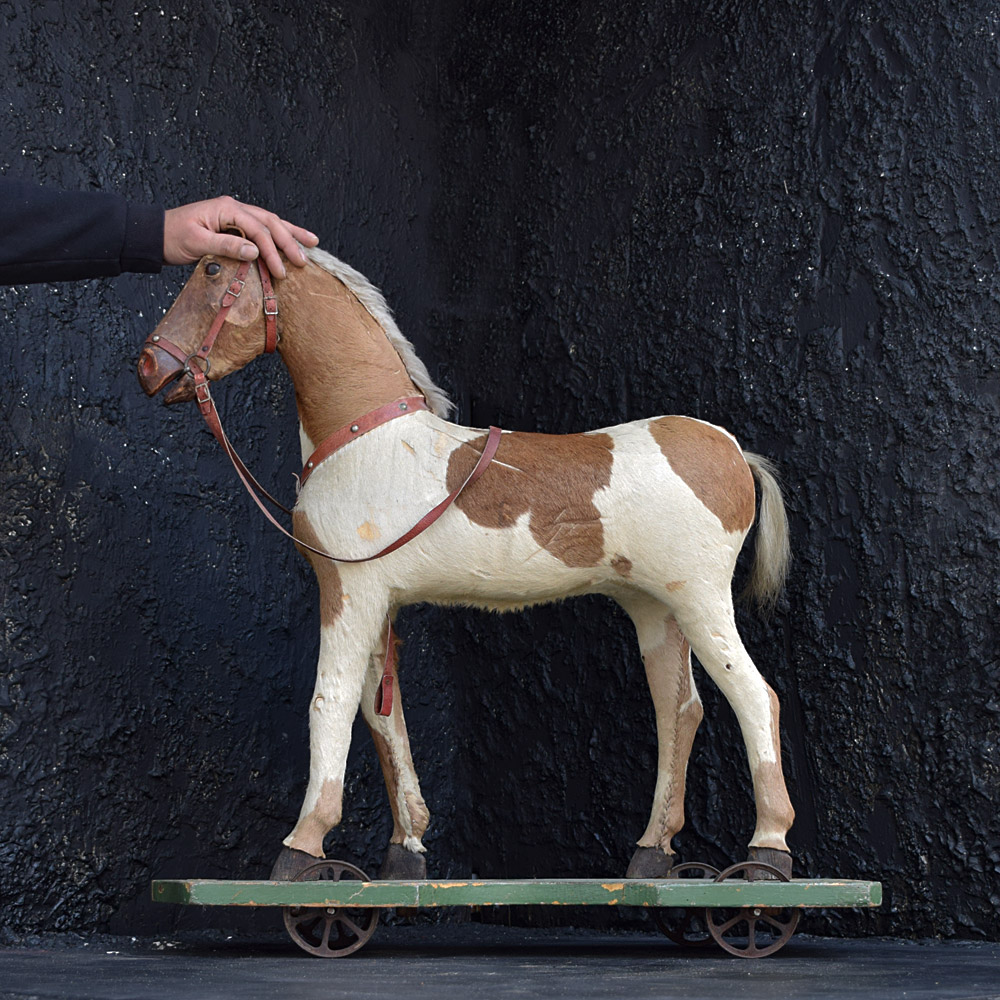 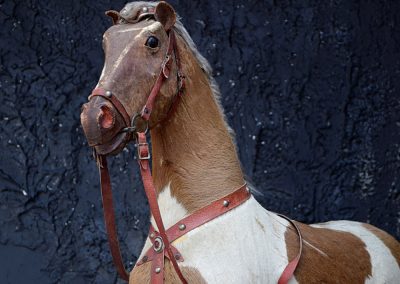 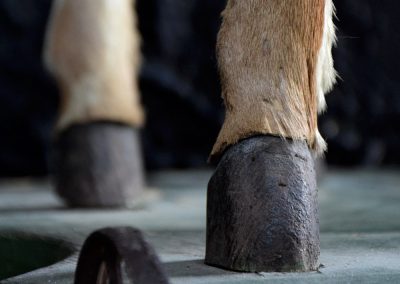 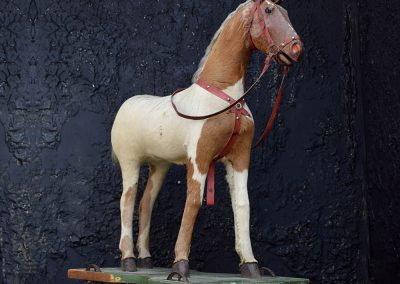 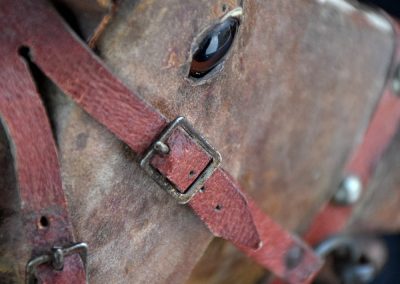 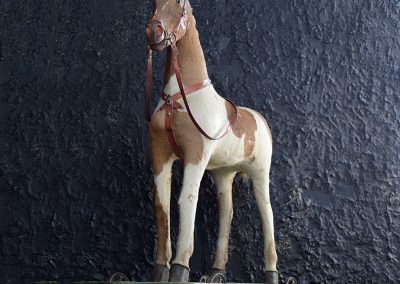 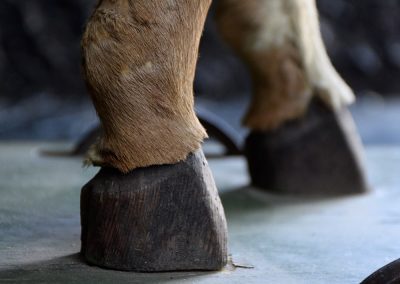 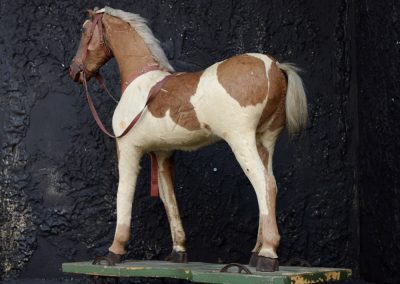 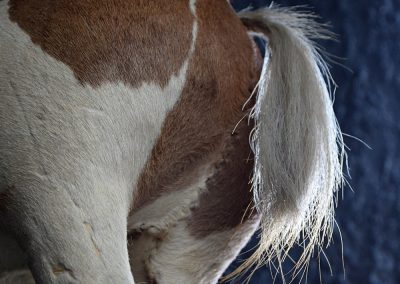 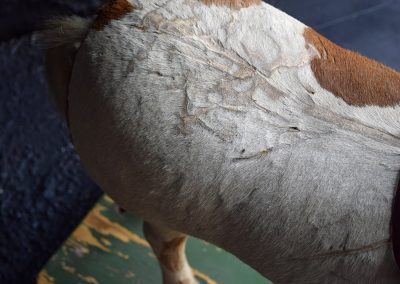 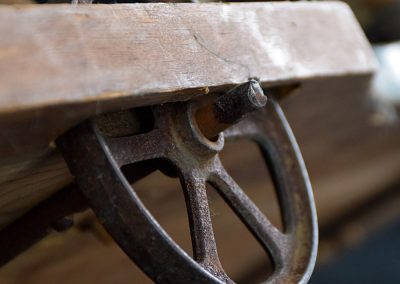 The happiest adults are those who never buried old toys or abandoned imaginary friends.

A lovely example of 19th century German pony skin pull along horse toy. Skin-covered toys like this horse were the forerunners of the soft toys that emerged commercially in Europe in the late nineteenth century. Compared to timber, metal, or plastic toy animals, those with a furry texture have long appealed to children, not only because of their feel but also because of their convincing portrayal of live animals. They closely resemble living animals yet withstand cuddling and torment without protest.

The earliest recorded toys covered with animal skin were toy horses in the late sixteenth century. In the nineteenth century skin-covered toy animals, particularly horses, were produced in France, Spain and Switzerland. The largest number were made in Germany, and skin-covered horses on rockers, platforms and wheels were exported to America, England, Russia, parts of the Orient and Australia from the 1870s to the 1930s. Just as the German skin horses had fine legs and neat heads, similar attention to detail was applied to harnessing; the harness on this toy horse is a good example. Many were made with removable saddles and bridles to teach children how to put them on. The horse’s stance on its platform gives it the appearance of walking with a realistic asymmetrical gait.

This example is identical to examples that can be found in the Museum of Applied Arts & Sciences in Australia. A wonderful decorative object with bags of character ad overall wonderful craftsmanship.

Completely solid in structure and form, fading and wear across sections of this item, a deep natural patina across the wood and leather sections. Without any breaks and structural damage. And its still works perfectly which is rare for this well used object. Its exceedingly difficult to photograph all the areas in this piece, therefore we strongly suggest reviewing all the photos provided as part of this advert and propose questions where sections are unclear to avoid disappointment.

I COULDN’T BE HAPPIER! Without exaggeration, The House of Antiques has been the most responsive, helpful, and truly caring seller I’ve ever had the pleasure of dealing with online. Harry is deeply passionate about the items he sells and it shows when purchasing from him.

I ordered a very special, unique, and extremely fragile piece for my collection which arrived perfectly wrapped with the utmost care and love. His buyers satisfaction really means the most to him and the way he does business proves it. Plus, he has an eye for those rare one-of-a-kind items that you just can’t find anywhere else.

A wonderful experience with an incredible dealer. Just perfect all the way around. I’m a customer for life. THANK YOU Harry!