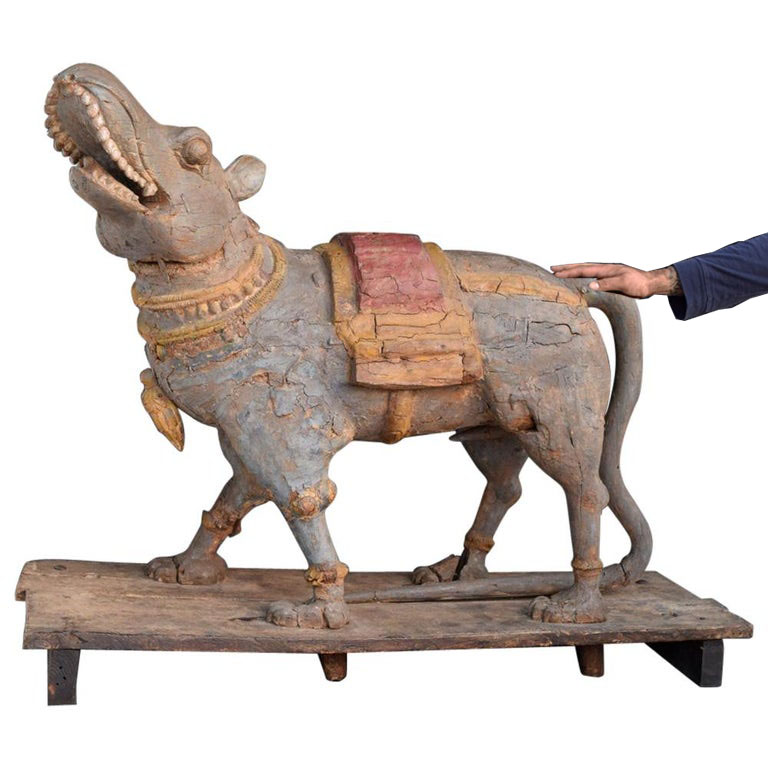 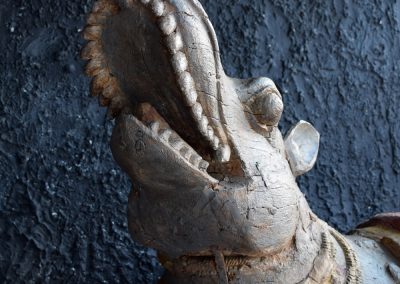 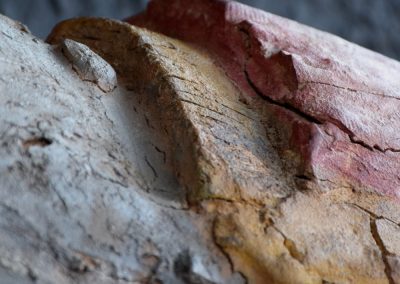 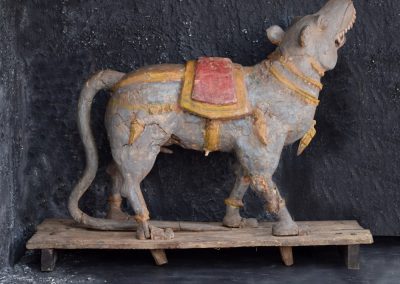 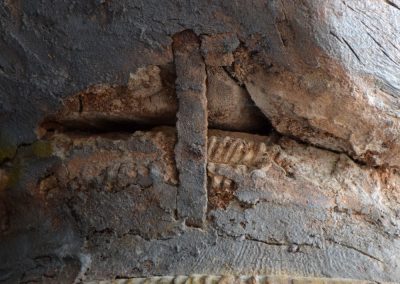 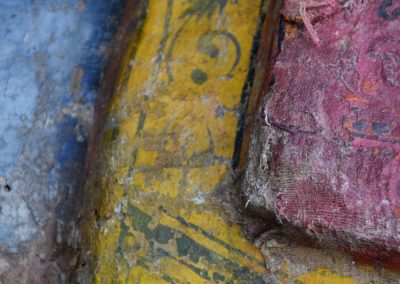 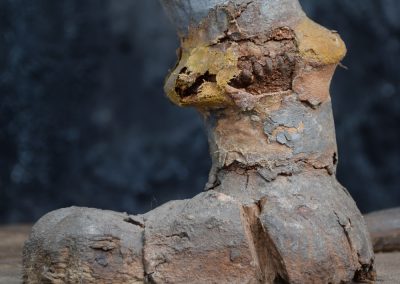 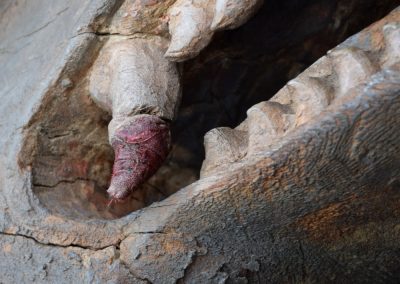 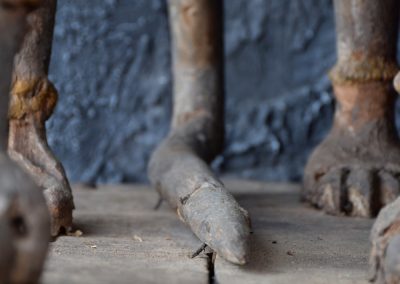 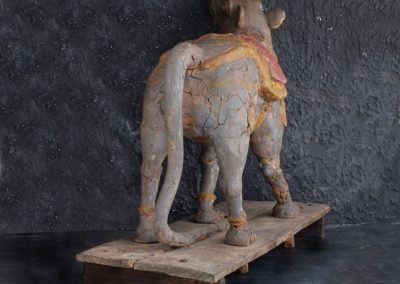 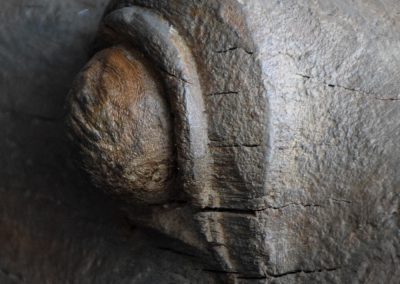 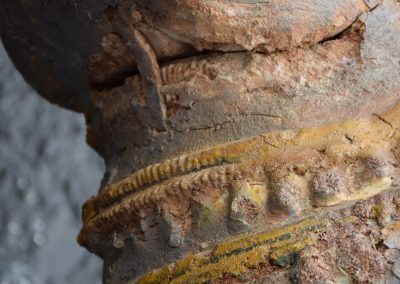 The figurative statue is meant to offer good luck and prosperity along the journey of life. As befitting its role, the mouse is bedecked in ceremonial finery. This larger than life mythical animal has the head and tail of a rat and the hooves of a cow. He is likely to be the vahana of Ganesha

We are proud to offer a unique polychrome painted Indian carved wooden figure depicting vahana represents the mooshika or mouse that is the beloved mount of the elephant-headed Hindu god, Ganesh. The is a real statement piece artefact and all carved and painted by hand, the overall visual impression of this item is quite magnificent. The figurative statue is meant to offer good luck and prosperity along the journey of life. As befitting its role, the mouse is bedecked in ceremonial finery. This larger than life mythical animal has the head and tail of a rat and the hooves of a cow. He is likely to be the vahana of Ganesha

In Hindu mythology, a vahana is a celestial bird or beast assigned to be a vehicle to the Gods. Varying versions speak of how a bird or beast came to be associated with a particular deity. They have been given the status of demi-gods; some are worshipped alongside the Hindu Trinity and their spouses. Their influence is not limited to the Indian subcontinent; Thailand, Cambodia, Malaysia, Sri Lanka and Indonesia bestow vahanas with great importance.

Spanning the Hindu pantheon, the most important vahanas are the ones associated with Brahma, Vishnu, Shiva, and their consorts-Saraswati, Mahalakshmi and Parvati. The swan is the vehicle of Brahma, who is associated with learning and knowledge. Vishnu’s vehicle is Garuda, the eagle. Nandi, the bull, is Shiva’s steed, representative of virility, strength and fertility, and worshipped widely across India. Goddess Durga, is portrayed seated on a Lion or Tiger, representing her shakti and fierce, powerful personality. Ganesha’s vehicle is Mooshika, the mouse.

Viewed as sharing a symbiotic relationship with the Gods, the vahanas amplify the association between their roles as fulfillers and protectors, and humans as indebted receivers. In South India, these vahanas are often carried in processions for celebration and worship.

Aged through wear and tear is present across all the item, fading across the wood surface, loss of surface wood across the item as you can image this statue was used in processions and temples for many years. There is loss of wooden surface under the belly of this item due to old wood worm infestation (these are old wounds and no longer present and have been treated). Repair is also present in sections using old linen and mud like glue material (the repair is authentic and aged, in style of the original statue décor). The plinth that the statue is standing on can not be removed as the feet of the statue are interlinked and supported through this stand. The feet have obtained aged cracks through them, however, are still firm enough to support the statue and visually add to the aged look.

After searching antique dealer sites for several months with no success in an effort to find a special centre piece/ talking point antique for my new business reception area, following a tip from a friend I checked out “The House of Antiques” and after talking to Harry who I found to be not only very knowledgeable but extremely helpful, they sourced me the most incredible Scratch Built boat that I have ever seen and one that has proven to be a real talking point with all our guests who clearly love it just as much as I do, its truly amazing.

I would definitely recommend The House of Antiques to anyone who is searching for that special something because your bound to find it there. I did.